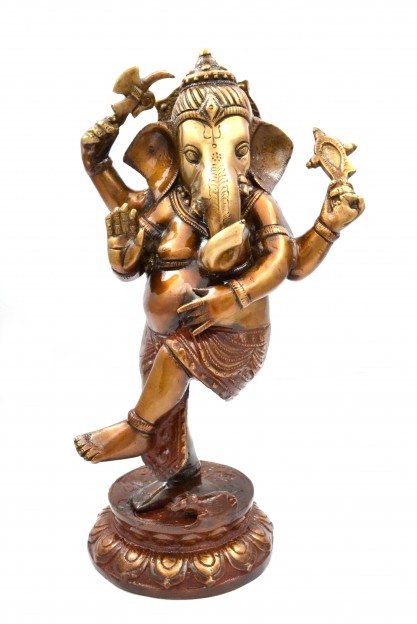 Elephant-headed and many-armed, Ganesha is a mystifying, even comic figure to the uninitiated. In one of the forms he is Nritya Ganapati, the dancing God who is depicted as a four arm deity. This beautiful dancing Ganesh statue is made of brass with golden accents. Ganesha is considered a remover of obstacles and is associated with beginnings, which makes this statue a great gift idea for housewarmings and for festivals. 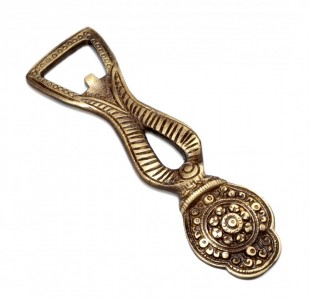